When will existing Shopify store owners get Shopify 2.23?

Store owners who are using the free themes of Shopify can access the new (and amazing) features.

The ones using 3rd party themes won’t be able to use the new features until their theme is upgraded to the new standards of Shopify.

Shopify has announced that all themes and apps in the Shopify store must be compatible with the new guideline. Even though merchants will have no problem using their pre-2.0 features, they will not have any access to the enhanced features that Shopify 2.0 brings with it.

There is another exciting news that agencies and freelance developers will find especially delightful.

From September 2021, you will not need to share any revenue with Shopify up to $1 million. When your revenue crosses the 1-million mark, you will need to pay just 15% of the excess amount.

What are some of the Shopify 2.0 features?

To find out more about the Online Store 2.0 features, I decided to create a store myself and experience them firsthand.

The first thing I noticed was the background of the login page.

The stores I created with Shopify in 2019 and 2020 had a plain white page with blue form fields on this login page. I must say I find it far more beautiful and livelier.

The next thing I noticed is the sections in the theme customizer. In Shopify 1.0, merchants could add sections just in the home page. That restriction has been lifted. You can now add sections in all the pages of your site.

The next change? Merchants will find it highly nifty. It is the “do undo” feature.

These buttons let you revert to the previous design setting or transition to the current one.

Then there is the “Theme Settings” option. It opens up a panel containing colors, fonts, cart page, social media, and apps installed on your store.

The Shopify 2.0 update is going to change the way developers build Shopify apps and themes.

There will be more on it in the coming weeks.

Do keep in touch. 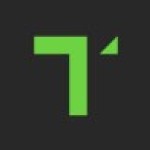 This site uses Akismet to reduce spam. Learn how your comment data is processed.

How to add a sitemap in Shopify store?